‘His music was his mistress, a siren far more seductive than any mortal woman. And unlike mortal women, this lady wouldn’t disappoint.’

One man became her husband. 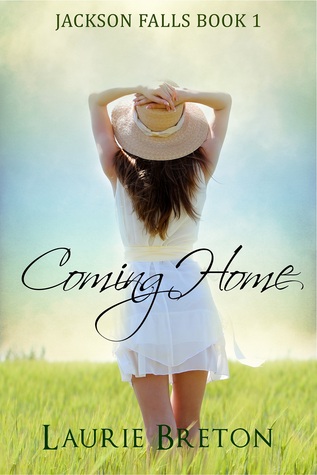 He had the face of an angel, and a voice that could tear your heart to shreds and leave it bleeding.

The year is 1974, and songwriter Casey Bradley is just eighteen years old when handsome, charismatic singer Danny Fiore crashes into her life and her heart. The first time she hears Danny sing, Casey is ready to toss away her entire future for a man who’s almost certain to break her heart. Danny has a white-hot talent and a single, blinding ambition: to become a rock star. The songs that Casey writes send an icy blue finger down the center of his cynical spine. But Danny knows exactly where he’s going, and he has no intention of taking any woman along. A girl like Casey would want things he’s not prepared to give. A home. Stability. Children. He’s married to his music, and that’s the way he likes it. Neither of them plans on falling in love. But sometimes, the heart has a mind of its own.

The other man became her best friend.

Guitar wizard Rob MacKenzie doesn’t have Danny’s looks, or his charisma, or his sense of style. Tall and gaunt and bony, Rob isn’t a god, just an ordinary mortal, an easygoing guy who wants nothing more than to write his songs, play his guitar, and find the right woman. But life is never quite as simple as it seems, and his search for Ms. Right keeps leading him down all the wrong roads.

Together, they became the holy trinity of rock and roll.

When Rob MacKenzie and Casey Bradley Fiore begin writing songs together, the result is an unstoppable hit-making machine that catapults Danny Fiore to stardom. But the road to success is littered with land mines, and life with Danny isn’t all that Casey expected. Rivers of darkness flow through her troubled marriage, and every time Danny breaks her heart, it’s her best friend Rob who picks her up, dusts her off, and glues the pieces back together.

When tragedy struck, she had to find herself.

When this first appeared in my recommended readings I didn’t look too much into it past the synopsis, it looked interesting enough and I was in the mood for some contemporary romance. What I was not prepared for was to be sucked into the lives of Casey, Danny and Rob for the next fifteen years of their lives. And it’s a long fifteen years 444 pages in fact, but do I regret staying up until 2.30am to finally find out how it ends? Nope not one bit. (Okay I lie there may of been a teensy bit of regret as I ran to catch the bus this morning but it’s gone now I promise). The beginning while fast paced wasn’t what got me hooked though, the fact that they got married days after they met each other, while she was engaged to another man of course, did irk me. A lot. However I powered through and immediately got catapulted into the lives of three struggling artists, trying to make it in a world that would not give them a break. I loved the fact that they were not immediate success’s however as it gave for a more believable story. The character’s themselves were well developed, though at times all seemed to take turns at being rather immature, reckless or rather whiny. As for the ‘when tragedy struck’ I thought I had figured out pretty early on what that would be. I had prepared myself. What the synopsis forgot to mention was that tragedy can strike as many times as it dam well pleases, it doesn’t care, its not still reeling from the emotions of the last time it struck, nope off it goes again destroying everything in it’s path. I don’t want to give too much about the story away so I will leave it at that, it really is a beautiful story though and while it is long I felt it was worth the read.

Would I read another book from this author: Yes, this is actually the first book in a series so I’m keen to find out what happens after.