“Amazing how quickly you could fall out of love when the scales were brutally torn from your eyes, meaning you could suddenly see a person for what they really were and now what you had wanted them to be” 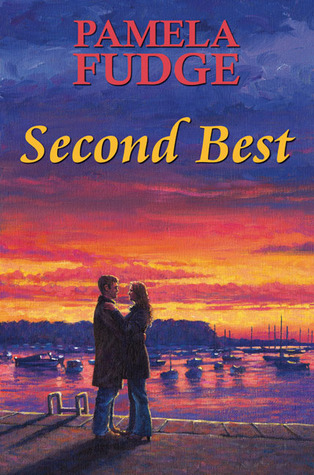 Stacey Trent has just about given up on love when a whirlwind romance with the charming Nick Cable persuades her otherwise. Believing they are to be married she turns her back on home, career, and friends to be with him, only to discover the promise of a future together is nothing but a tissue of lies. Stacey finds herself left to the mercy of his older brother, Lex, who is less than sympathetic having had his fill of clearing up the trail of “weeping females” Nick regularly leaves behind. Circumstances force them together and there can be no denying the attraction growing between them. But will Stacey ever be able to convince Lex he is more than second best?

I went into this book looking for a nice easy romantic read, which it definitely was, but I was also hoping that there would be a bit more to the story it terms of ‘surprises’ or ‘plot twists’ which there wasn’t. I had pretty much guessed exactly what would happen from the synopsis so there was a slight hope of being proven wrong. Both the main characters of Stacey and Lex took me a little bit to warm up to, mainly due to their individual introductions, Stacey I could not relate to due the extreme impulsiveness of her nature and Lex due to the fact he acts like a douchebag in there first meeting. However saying that I did grow to love them together and could eventually forgive them, never trust a first impression! The other main problem I also had initially was that I felt that they put themselves in a very unbelievable situation, yes I could understand the reasoning behind it both with the characters thought processes behind it and also in terms of the book why it happened to propel the story forward but for me it made it that much harder to relate to the book as I just couldn’t see it happening.

However this was still an enjoyable read, I did enjoy the build up of their relationship as well as Stacey’s relationship with some of the secondary characters, she does also show a significant amount of character growth throughout the novel which is always great to see. Another great point for me was that Nick didn’t change as much as you would probably want him to, contradictory I know, but I felt this was far more realistic as people don’t change overnight, especially if they don’t see anything wrong with what there doing in the first place. If your in the mood for a quick romantic read then I would recommend this for you.

I would like to thank Netgalley for providing me with a free copy in exchange for an honest review.

Would I Recommend: If romantic ‘beach reads’ are your thing then yes.