“It’s so much easier for animals, Mum, isn’t it? Animals are always in pairs. I can’t even go to the zoo any more because it just reminds me how lonely I am” 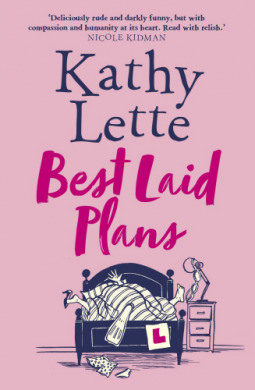 When it comes to sex, even the best laid plans come unstuck – in the stickiest way possible

As a crossword-addicted English teacher, Lucy never expected to be arrested for kerb-crawling. But her autistic twenty-year-old son Merlin is desperate to lose his virginity, and a prostitute seems like the only option . . . only Lucy picks up an undercover policewoman instead.

Let off with a suspended sentence, Lucy resigns herself to the fact that her son will never have sex, let alone find love… until the morning she miraculously discovers Merlin in bed with a girl.

But is tough, tattooed Kayleigh just taking Merlin for a ride? If so, why? And what has brought Lucy’s snake of an ex-husband wriggling back into their lives?

As all her best laid plans for Merlin’s happiness chaotically unravel, will Lucy ever be able to cut her son’s psychological umbilical cord and start to live her own life? And will the funny, quirky and marvellously magical Merlin ever find real love?

This is a book that is definitely full of laughs! It starts of with mother and son kerb-crawling to pick up a women for her Merlin to lose his virginity and manages to keep up the pace until the end of the book.

The characters themselves are well thought out and incredible diverse. It has to be said though Lucy as a character probably has some of the worst luck I have seen for awhile, nothing seems to ever go right for the poor women which leads to some pretty serious situations. Merlin bless his soul was my favourite character though, his love of facts and the inability to read any social situation means you never know what is going to come out of his mouth and most of the time is brutally honest. The reactions he gets makes up some of the best dialogue in the book. This book is also unique with the fact that it had a character that I utterly despised, one that truly had no redeeming qualities what so ever and just got increasingly more irritating as the book went on. The winner of this being Lucy’s Ex Husband. It is seriously very rare that I have read a book where there is nothing good about a character usually I can find something that at least gives some understanding into there actions, but there was nothing absolutely nada, quite impressive really.

As I mentioned before poor Lucy doesn’t seem to have anything going for her, the situations she finds herself in border on unbelievable but the author describes them in such a realistic way that it becomes believable. Overall a fun lighthearted read.