“She would survive, because that, at least, was one thing she’d always been good at.” 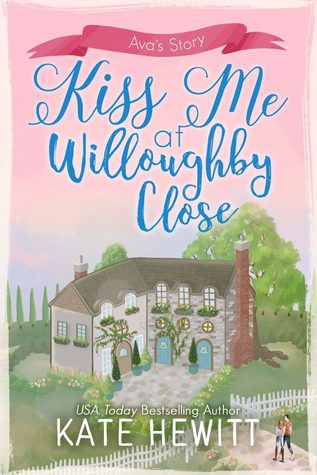 Welcome to Willoughby Close… a charming cluster of cozy cottages, each with a story to tell and a happy ending to deliver…

After her husband unexpectedly dies, Ava moves to Willoughby Close, trying to keep her chin up and herself to herself as she’s always done—not answering questions, not making friends, and not seeing much of a future. Her marriage was far from perfect, but it offered her a much-needed security that has now been ripped away. She’s not sure what to do now that she’s thirty-five, widowed, penniless… and unexpectedly pregnant with her late husband’s child.

Jace Tucker is the over-the-top sexy caretaker of Willoughby Manor, and he can see beneath Ava’s glamor girl act to the hurt she’s been hiding for so long. She has secrets for a reason—and so does he. The last thing she needs right now is a fling with a man who hides a past as regrettable as her own.

But with a baby to think about, and neighbors determined to be her friends, Ava finds herself starting to change and even more alarmingly, beginning to hope. Can Willoughby Close work its everyday magic on a woman like her? And when the past comes calling for both her and Jace, will they have to answer for their previous mistakes.

Kiss Me at Willoughby Close is the fourth in the series but can easily be read as a standalone, I didn’t actually realize it was part of a series until I had finished the book. The synopsis of the book really had be interested so I was excited when my request on Netgalley got improved. I have to say it still wasn’t completely what I was expecting, in a good way though. I immediately liked Ava as a character, she is dealt a rough hand right at the start of the book, she still managed to keep herself together (for the most part) and at least attempted to carry on with her life. I do tend to get annoyed if all they do is mope after something happened which is probably unfair of me as I bet I wouldn’t do half as well as most the characters I read about. She also went through a lot of personal growth throughout the book which is always good to see. Jace was a surprise, although he is the perfect gentlemen (again for the most part) throughout the book, his histories and secrets did surprise me, I didn’t fell as though we got to see as much growth from him but I guess as more of a secondary character it wasn’t necessary. The plot itself is relatively simple and the story felt quite short, I’m not sure if perhaps I have been reading longer books lately or if there just wasn’t all that much happening. Either way it was a great enjoyable read and I would definitely recommend as a relaxing summer read. I will definitely be on the look out for the release in the next in the series.

Thank you to Netgalley and the publishers for providing a free copy in exchange for an honest review.

Would I read another book from this author:Yes

2 thoughts on “Book Review: Kiss Me at Willoughby Close by Kate Hewitt”