However hard I try, I will be thwarted somewhere along the line. Resistance is futile. I may as well accept my fate. 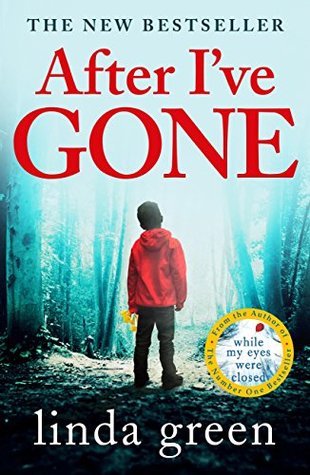 YOU HAVE 18 MONTHS LEFT TO LIVE . . . On a wet Monday in January, Jess Mount checks Facebook and discovers her timeline appears to have skipped forward 18 months, to a day when shocked family and friends are posting heartbreaking tributes to her following her death in an accident. Jess is left scared and confused: is she the target of a cruel online prank or is this a terrifying glimpse of her true fate?
Amongst the posts are photos of a gorgeous son she has not yet conceived. But when new posts suggest her death was deliberate, Jess realises that if she changes the future to save her own life, the baby boy she has fallen in love with may never exist.

When I first read the synopsis for this book, I was mainly wondering how on earth the author would be able to successfully include Facebook as a manner of time-travel/a portal in the future and it was great to see just how well the author was able to manage this. The story follows Jess Mount as she she attempts to deal with the knowledge that she apparently only has eighteen months to live, however not only is she trying to understand what on earth is happening to her as times goes on it becomes more and more apparent that her demise was not accidental,  someone else is likely behind it. One thing I liked about this was that it kind of took us back eighteen months, to the start of 2016. Not only does this bring up memories from last year some less favourable then others but it shows the use of social media and the way the public reacts to deaths of friends and family as well as celebrities.

Jess herself was a lot younger then I expected her to be and her decisions she makes at the start of the book reflect this. Despite her youth she still has a complicated past with her mother passing away 7 years previously. I think it also provided more of a shock value as a single 22 year old is somehow able to see a glimpse into her future in which is she not only married but is mother to an adorable little boy, that and she is now no longer among the living but I think for her at the time the other stuff was actually more of a surprise. It also provided a great opportunity for the author to be able to show a lot of character growth and development something she took full advantages off. Also double points for including more then a few Harry Potter references haha.

Thank you to Netgalley for providing a free copy in exchange for an honest review.

4 thoughts on “Book Review: After I’ve Gone by Linda Green”