Maybe falling for the good guy, isn’t so bad. 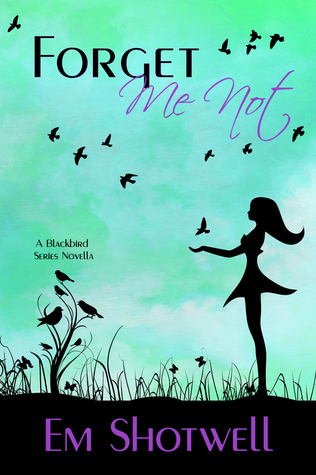 When Rex Somersby’s family matchmaker sets him up with the famous Evelyn Cadeau, he can’t believe his luck. Evelyn is the woman with the perfect Gift—the woman every man wants—while Rex’s own magical ability leaves much to be desired. He travels from Missouri to meet his dream girl in her rural Mississippi home, where Evelyn makes it clear that winning her heart won’t be an easy task. Good thing farm-boy Rex has never been afraid of a little hard work.

Evelyn Cadeau is used to getting her way. As the woman with the most powerful Gift, she knows she can have her pick of anyone she wants. And who she wants is slick, handsome, and off-limits Guy McCallister—not gawky, buttoned-up Rex Somersby. Yet, after an arranged date with Rex takes a dramatic turn, leading to a bottle of wine and sneaking to the creek for a late night skinny dip, she realizes there may be more to by-the-rules Rex than meets the eye.

Just as the young couple start to think their family’s tradition of matchmaking isn’t quite so backward, Rex is drafted to Vietnam. With war threatening to tear them apart, will love be able to save them? Or will it take a bit of magic?

Initially when I started this book I didn’t realise that that it was a Novella from the Blackbird series. I’m not sure why it’s right there on the cover of the book but anyway I can safely say after finishing this book I am more than keen to read Blackbird Summer.

The story follows Evelyn and Rex from their first meeting to the start of their very own love story. The plot itself is rather straight forward, from the blurb you can tell more or less what’s going to happen throughout the book but it’s enjoyable nonetheless. The book is very easy to read and sort of sucks you in as you go. While it does have quite a light fluffy feel to it, it touches on a lot of harder hitting issues, particularly with the Vietnam War which does get to show another side the characters.

Both of the main characters were well developed though I’ll admit to liking Rex a little bit more than I did Evelyn, one of the main reasons for this was that I felt Rex was a lot more likely to turn around and surprise you (which he did) a lot more than Evelyn. The secondary characters all of which seemed to have there own little stories were well incorporated and it definitely gave of the sense that you would want to know more about them.  One thing that I did adore about this book was the magic system the author had in place, the idea of everyone having their own unique skill or magic made it all the more interesting for me especially as  some of the powers I would not of been able to think up myself. If your looking for a short easy read I would highly recommend to check it out.

Would I read again: Maybe

5 thoughts on “Forget Me Not – Em Shotwell”