“In the early morning hours, Stevie Lewis crept through her door with the stealth of a hungry cat.”

There can only be one queen… 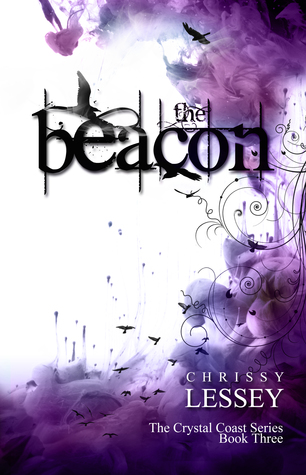 Still reeling from the devastation wrought by Susan, Stevie struggles to find a way to retrieve the amulet from the dark witch who now calls herself queen. She develops a plan to amplify her powers, believing it will give her an edge, but the magic is untested and dangerous.

Susan will stop at nothing to complete her rise to power, including eliminating the last of Lucia’s descendants: Stevie and Charlie. She calls for a showdown, with all of the town’s witches present, leaving Stevie no choice but to comply.

Queens who came before her sacrificed their lives to protect the witches, and Stevie is prepared to join their ranks. In this life or death battle, she’ll do whatever it takes to save her people.

So after finishing The Hunted I was super excited to find out what would happen in the last book of the Crystal Coast Trilogy. I may be fan girling a little bit about this series haha.

The plot starts of right after The hunted finishes which leaves the characters in more than a little bit of a mess. Being the last book of the series the plot is fast paced enough as the challenges and problems from the last books all come to a head leaving Stevie with some impossible choices. The ending was fairly dramatic with a few twists I didn’t see coming and a few that I did but it definitely left for a satisfying ending which left me smiling. (It’s hard to go into too much detail without giving a whole lot away!)

Now in terms of characters it was great to catch up with Stevie again and watch her develop as she struggles to take on the role of the new Queen as well as face the numerous decisions and obstacles which have suddenly been put in her lap. It was also great to catch up with Vanessa as I really wanted to see if she would be able to actually escape the toxic effect of her mother. I did feel that it was missing some of the interactions with the other characters at times and there was a lot I would loved to of gone into deeper (spin offs maybe) with each of them but I understand there was a lot to cover as well as a lot of characters. One aspect that I do feel that was missing was Charlie and his abilities, we know he is meant to be a powerful little witch but his powers are not something that seem to be showcased very much if at all. Saying that in a lot of other aspects he makes leaps and bounds which was great to read. I was a bit disappointed when I finished the book simply because it had finished haha, I love finding a new world to be able to immerse myself into and it always kind of sucks when it ends no matter how good the ending! Either way a great way to end the series and I highly recommend.

Thank you to the author for providing me with a copy in exchange for an honest review.

2 thoughts on “Book Review: The Beacon by Chrissy Lessey”