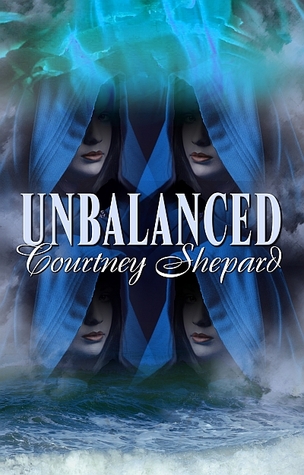 Every generation four sisters with power over earth, air, fire, and water are born to fight against a fanatical, secret faith. The Order exists only to sacrifice the sisters for their power. With each success their strength and control grows. They have never failed, for their rule depends on it.

The sisters, separated at birth, are unaware of what hunts them…but they are coming.
A handsome stranger discovers Asha in hiding, and swears allegiance to her cause. She falls for him; though he is not who he says he is. Betrayed and imprisoned inside the Order, Asha is without her power for the first time in her life.

As the war heats up haunting secrets and true motivations are revealed, but the sisters must unite and override their instincts and trust the untrustworthy if they are to fight their terrifying destiny.

‘Unbalanced’ is a fast paced urban fantasy novel, which includes a whole lot of action, magical powers and a bit of romance thrown in just for fun. If follows the story of four sisters as they begin to discover who they really are and there place in this world.The book itself included everything I expected too, with multiple characters, a couple of bad sort of good guys and the real bad guys.

Not going to lie the first thing I thought of when I read the blurb was Avatar: The Last Air-bender, the book itself definitely holds up in it’s own right though with no pesky thought intrusion of the fire nation!

I loved the idea of this book and how it was able to suck me in straight away, although it did drip feed most of the information pertaining to the girls at no point was I confused as to what was happening. I will admit to being confused at points as to who the POV was for the chapter, especially when the boys started getting involved. Character development wasn’t as much as I would of liked, but as this is the first book in the series and with being a lot of different characters it was to be expected. The book did contain a fair amount of action, none of which was overly surprising. I will definitely be checking out the next book as I feel this is one that could be full of potential.