From the moment he arrives at Safe Harbor Medical, Ian Martin is on infant overload. 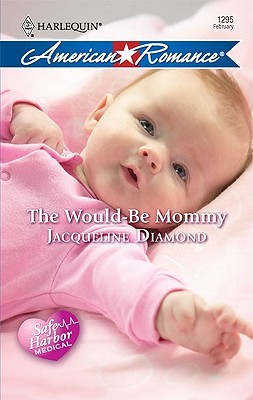 But the story he’s covering gets a lot more interesting when the adventure-seeking reporter meets Jennifer Serra, an intriguing PR director who has created a stir by taking home one of the center’s unwanted newborns!Jennifer has always wanted a child of her own. Her dream becomes thrilling reality when she agrees to temporarily–permanently?–be a mother to a sweet baby girl. Ian could complete the picture–Jennifer sees how easily he bonds with little Rosalie.

But just when she begins to look at Ian as potential father material, the dashing journalist dredges up a scandal from Jennifer’s past that could jeopardize her plans for adoption…and for a future with Ian…

Thank You to the Author for providing me with a free copy in exchange for an honest review.

I started reading this book in the mood for a short and sweet romance, and that’s exactly what I got! It was the kind of book that sucked you in straight away and you immediately wanted to find out more. I think one of the main reasons for this was the likability of the characters, I found them easy to like and to rally behind from the beginning. Jennifer especially as she was more often then not just trying to make the best out of every situation.

In regards to the story itself it was a lot more in-depth then I had initially thought it would be, as I mentioned above I went into this expecting a short but sweet romance story with a few obstacles in the way before they got their happily ever after, however the book provided more than a few surprises along the way with a far more in depth character development and background than I was expecting which I really enjoyed. It also provided at credible twist to the story which really brought everything together while still being something I hadn’t expected.

Something else which I hadn’t been expecting was the way it managed to bring up a lot of important issues throughout the novel, motherhood and providing the best life for babies I think was the core issue, however it also puts an interesting light on the influence of not only social media but how news articles and so on can effect public opinion. In regards to the romance part of the story their is a bit of instalove but not to the extent of head of heels first meeting but instead I felt it worked really well within the story. The only thing I would of liked to of seen more of was some more story and development of other characters, however as this is part of a series (#17 so far!) I’m guessing they may have a story of their own! Definitely a series I want to check out more of and a great Beach and Wine kinda read.