From Elizabeth LaBan, the acclaimed author of The Restaurant Critic’s Wife, comes 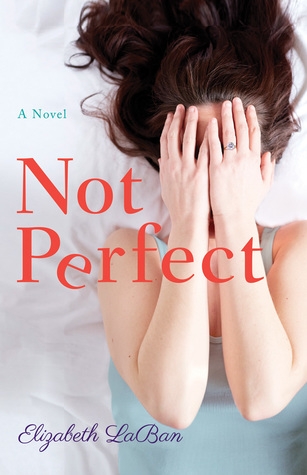 a captivating and very funny novel about a wife and mother’s fall from grace, and why keeping up appearances is not her biggest secret.

Tabitha Brewer wakes up one morning to find her husband gone, leaving her no way to support herself and their two children, never mind their upscale Philadelphia lifestyle. She’d confess her situation to her friends—if it wasn’t for those dreadful words of warning in his goodbye note: “I’ll tell them what you did.”

Instead, she does her best to keep up appearances, even as months pass and she can barely put food on the table—much less replace a light bulb. While she looks for a job, she lives in fear that someone will see her stuffing toilet paper into her handbag or pinching basil from a neighbor’s window box.

Soon, blindsided by catastrophe, surprised by romance, and stunned by the kindness of a stranger, Tabitha realizes she can’t keep her secrets forever. Sooner or later, someone is bound to figure out that her life is far from perfect.

This is a book that has been sitting on my NetGalley shelf for far too long, I remember requesting it, I just never got round to sitting down and reading it.

The blurb itself is really intriguing and what initially drew me to the book. I was hoping for a story about a woman picking up the pieces of her shattered life while not only trying to maintain the image of a perfect life but hiding from a secret from her past. Unfortunately, I don’t feel like this book managed to pull this off and instead I found myself more angry with Tabitha then perhaps I should have been. Tabitha starts of fairly okay as a character she is clearly trying and using whatever ways necessary to keep food on the table and a fairly stable life for her two children. However, as time went on it just sort of showed that she was really just trying to keep up appearances as opposed to doing whatever she could to work her way through the situation. Sure no one knows how they would react when things get tough but her thought process and actions annoyed me to the point I wasn’t enjoying the book itself and decided to stop at 34%. Now the writing itself was good if a bit slow paced and the premise really was intriguing I just couldn’t, bring myself to finish the book.

I am not however averse to trying any other book from this author, or even giving this book another chance when I am in a different head space but for this read through attempt, unfortunately, it was not my cup of tea.

Would I read again: Perhaps, but probably not

4 thoughts on “Book Review: Not Perfect by Elizabeth LaBan”