For two weeks in the summer of 1876, she is caught in a vortex of love and hate.

Recently returned to Chicago after a successful tour of Hamlet, Lillian Nolan is awakened 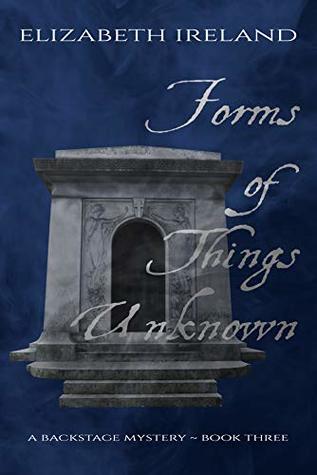 in the dead of night by a strange voice. She is shocked to learn that well-known and admired actress, Louise Hawthorne, has fallen to her death from the sixth floor of the Tremont House. Was it an accident? Did she jump or was she pushed? Louise’s former lover, and the main suspect, pleads with Lillian to uncover the truth and clear his name.

In the process of learning to trust her intuitive abilities, Lillian attempts to find balance between relying upon her gift and uncovering the truth in her own way. But the menace of death pursues her and soon her own life is at risk. When she finds herself in a trap from which she cannot escape, her only hope of survival is to call upon the metaphysical world.

Forms of Things Unknown is a work of fiction based upon an actual event and is the third standalone book in the Backstage Mystery series. If you enjoy stories with a touch of the paranormal that blend historical fact with fiction, then you’ll love Elizabeth Ireland’s tale of history, mystery and theater.

Buy Forms of Things Unknown and discover how love can lead to murder.

Tagline: Life upon the wicked stage can be deadly.

The series chronicles her adventures in which she continually becomes enmeshed in solving mysteries which often require her accessing the realm of the paranormal. Filled with an incredible cast of characters—factual, fictional, and sometimes non-physical—who either help or hinder her quest for the truth, the stories take place during a period considered to be the golden age of both acting and spiritualism in America.

I was really excited to be back in Lillian’s world, after reading the first two books I was definitely happy that I got to continue with Lillian on her journey.  Just like the others, this is told as a memoir, as we are transported back to 1876. What I have really loved about this book series is that not only does it really make it feel like it has taken you back in time it also pulls you in and fully engrosses you within the story. As a bonus feature, it throws in tales of the theatre with a few Shakespeare quotes as well. Once again I loved not only the characters but the storytelling and fantasy aspect.  If you are a fan of historical fiction/theatre or an added bit of fantasy I definitely recommend this book series for you! 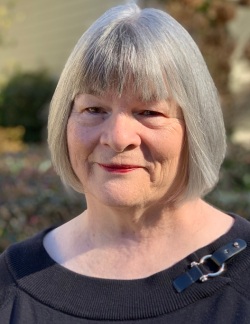