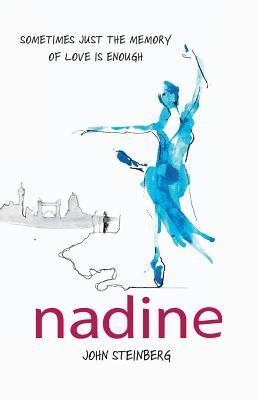 Thanks to his magic touch, every play he puts on in Theatreland is a hit and the money is rolling in. The young man’s empire feels secure – but then everything changes. One evening, he calls in to see a rival’s musical and falls head over heels in love.

The beautiful Paris-born dancer who catches his eye is Nadine – a major star in the making. Like Greenberg, the young dancer too is in love – but with someone else. The eternal triangle is complicated by the birth of a child, and by tragic secrets that go back before World War Two; slowly, those secrets reveal themselves in a drama that out-performs anything on the West End stage or Broadway.

Nadine is a poignant story of unrequited love, a love that will one day be returned – and in a most unexpected way…

This was not the love story I thought it would be when I went into this book, it was so much more and touched on many difficult and hard to read subjects which really added a whole other level to the story.

This definitely wasn’t the light and fluffy romance book that I usually read, it was, however, an incredibly moving and thought-provoking story that doesn’t shy away from the tough subjects, I found myself hooked from the beginning and didn’t feel as if the pace of the story slipped from the start of the book. The characters were well developed and there was more than a few surprises throughout. Not a book to go for if you are looking for an easy read but definitely one that will leave you thinking about it days after you have finished. A great four-star read!

writer in 2007. Since then, he has co-written and produced comedies for the stage and has created a series of books for children. Nadine is his third novel. He is married with three children and lives in North London.